Since its release three years ago, Canon's EOS 5D Mark II has been the most sought out digital SLR for photographers everywhere. But it's also becoming a favorite amongst cinematographers, thanks to its compact size and high-def video recording mode, seeing action in everything from independent features to Hollywood blockbusters and even big network TV shows.

Here's a list of just a few projects that employed (or are employing) the power of the 5D. More are sure to follow.

The latest blockbuster film from Hollywood that utilized the Canon EOS 5D Mark II is Captain America: The First Avenger by Marvel Studios. In a press release from Canon, they stated that the 5D Mark II was used to shoot motion sequences that were seamlessly integrated into the 35mm film footage. These sequences included a car chase and crash, as well as a high-speed motorcycle pursuit. 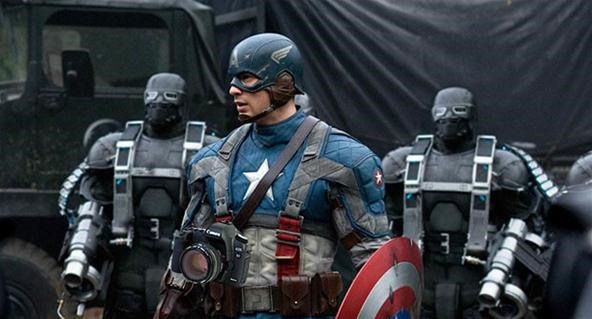 Jonathan Taylor, second unit director of photography, said it was an "excellent choice" for capturing dramatic point-of-view (POV) action shots thanks to its compact and lightweight frame.

"I'm always looking to get the camera into impossible to reach places because those kinds of shots make action sequences much more exciting. Most 35mm motion-picture cameras and even the leading digital cinematography cameras are just too big to get into interesting positions."

Before Captain America, another super hero movie took advantage of the small-sized 5D Mark II: Iron Man 2. Matthew Libatique, one of the hottest cinematographers in Hollywood today, used the mighty DSLR to film shots from the Monaco Grand Prix sequence where Tony Stark is attacked by Ivan (Whiplash) Vanko. 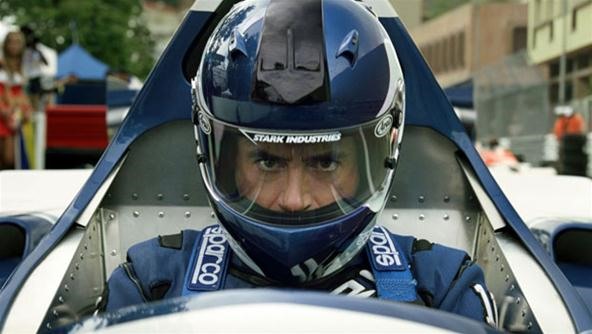 5D Mark IIs were mounted to all four sides of the moving vehicle to capture some background plate footage in Monaco, which was later combined with the live-action race car footage filmed in Hollywood. They also used the cameras around the track (in heavy-duty protective cases) to capture footage of the vehicles driving past, crashing, and yes—even running over them.

"Without a doubt, we couldn't have gotten the shots any other way," Libatique said about using the 5D Mark IIs in the racing scene. "There is no other camera that can really get into some of the tight spots that the Canon 5D Mark II can, and with the ease that it can," he added. "We got extra angles in spots that we wouldn't have been able to get in 35mm without a lot more effort." 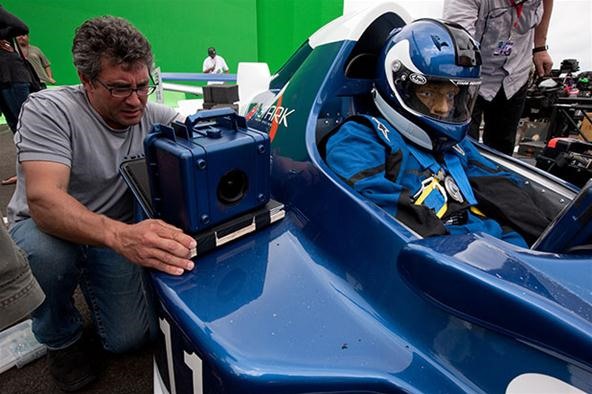 Libatique also stated that the 5D Mark IIs were invaluable for shooting the Monaco sequence, which was vital to the storytelling of the entire film. And this is probably why he stuck with the 5D on his next flick...

During the production of Black Swan (directed by Darren Aronofsky), Libatique used the Canon EOS 5D Mark II to shoot the ballet rehearsals which acted as preparation for the 16mm shoot. 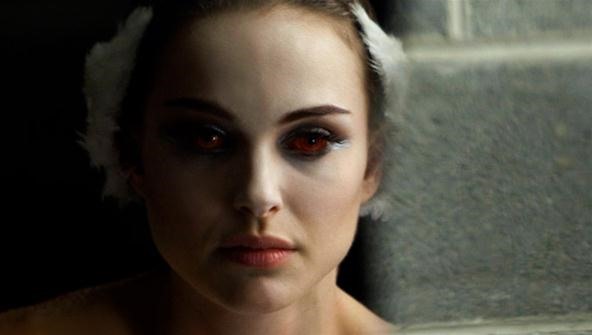 He also used the Canon 7D to film the subway scene.

Season 6's closing episode of House marked the first time a major network television show used Canon EOS 5D Mark II DSLRs to film an entire episode, instead of the usual 35mm film cameras. Director Greg Yaitanes said the 5D was a perfect fit for the tight spaces of the finale "Help Me" which dealt with a crane collapse and a helpless victim stuck underneath the rubble. 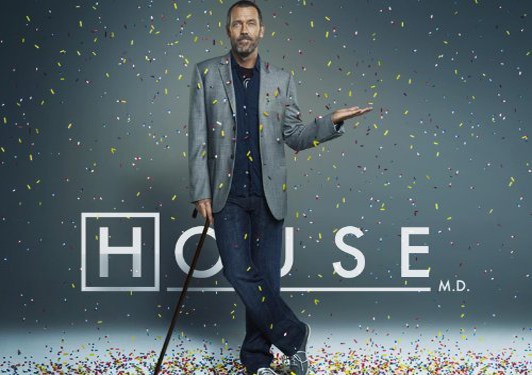 The 5Ds allowed the production team to work in very tight spots in a collapsed parking garage with minimal lighting. They used Canon prime lenses along with the 24-70mm and 70-200mm zooms and they didn't even use an image stabilization rig for any of the non-tripod shots. They even used 300mm lenses, only using the built-in image stabilizer feature, something Gale Tattersall (director of photography) referred to as "...a Steadicam in the palm of your hand."

But this wasn't the first time Tattersall used the 5D Mark IIs for House. Nor the last.

Tattersall used the 5D Mark II to film the newborn baby scenes for "Lockdown" in Season 6. He eventually convinced the producers of the show to film the whole finale episode with them, and even brought back the Canon 5D Mark II for the entire Season 7 of House, making it the first network television season filmed entirely on an DSLR.

Searching for Sonny, the directorial debut of Andrew Disney, was the first feature film shot entirely on a Canon EOS 5D Mark II. Or is it? It was shot in the spring of 2010 (it was hoping to start in the summer of 2009), but it has yet to be released and is still listed as being in post-production. 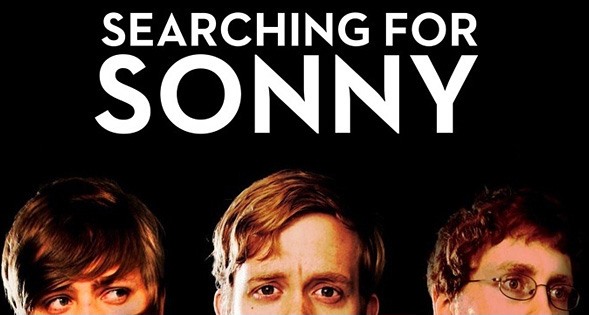 Instead of using Canon lenses, they opted for an old Nikon 50mm lens with a Nikon F mount and Canon EOS adapter, that way they had more control over the aperture at a fixed exposure. 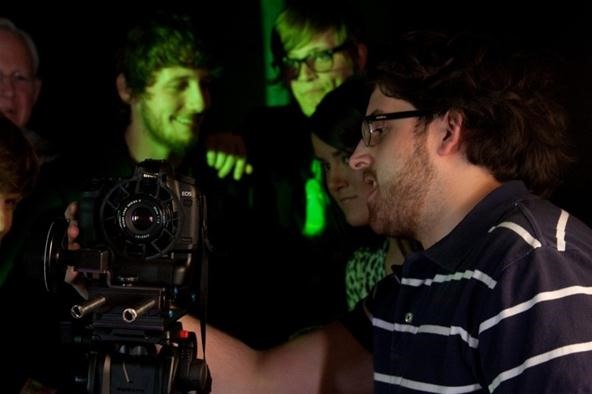 You can check out the trailer here.

Another film that bares the "First Feature on a 5D Mark II" is A Beautiful Belly, another low budget indie fare. And there's also the short film Reverie, which used the 5D back in 2008.

Though you may not see Kiefer Sutherland in front of the 5D Mark II, all of the background plates for the last season of 24 were shot using the 5D Mark II and Canon 1D Mark IV.

Lucasfilm's upcoming Red Tails used the Canon EOS 5D Mark II for some of its footage, though the vast majority of principal photography uses the Sony F35.

Want to master Microsoft Excel and take your work-from-home job prospects to the next level? Jump-start your career with our Premium A-to-Z Microsoft Excel Training Bundle from the new Gadget Hacks Shop and get lifetime access to more than 40 hours of Basic to Advanced instruction on functions, formula, tools, and more.

Other worthwhile deals to check out:

I heard a while back that they used the 5D to film that episode of House, which was a huge deal at the time. I didn't realize they were being used in major motion pictures like Iron Man 2. It's pretty exciting to see the the professional and amateur worlds touch like this.

Definitely exciting. I wonder what Hollywood blockbuster will be the first to use the 5D line exclusively. It's surely becoming a fave among indie filmmakers, but who'll be the first to follow in House's shoes on the big screen?

That's amazing! Studio's will be loving the budget costs now. They'll be saving so much more since there is no need to process and develop film.

Who says the 5DMII cannot be achieve due to its frame limitation?
I can't even tell the difference between movie shot on RED and movie shot on the 5DMII!@#$%^&*. Wow! What a leap for the 5DMII! Why pay more on the RED? Movies 5DMII involved "Hard Boiled Sweets" "Act of Valor" "127 Hours" "Film Socialisme" "Black Swan" "NBC's Saturday Night Live" "Help Me" "The Road to Coronation Street" " Hawaii Five-0" "Behzat Ç. Bir Ankara Polisiyesi" "Rubber" "Dongala Mutha" "Act of Valor" "Marvel's The Avengers" "Department" "Drive" "ParaNorman" and more to come!